From Tiandi Encyclopedia
Jump to navigation Jump to search

Kewhira, officially the Republic of Kewhira, is a sovereign, tropical nation straddling the crossroads of Southwest Jungju and Southeast Yoju near the equator. It is a founding member of the South Jungju Association. Kewhira is 353,120 square kilometers (136,340 sq mi) in area and is home to over seventeen million people. Kewhirashi, the country's capital and largest city, is located in the northwestern highlands of the country.

Kewhira means "the land where the kewhi flower grows" in the Kewhiran language, the kewhi being the national flower of the nation that grows in the southeastern highlands of the country.

Evidence of modern human habitation begins at roughly 60,000 years ago.

Most of the Kewhiran highlands lacked advanced states and most people lived in simple, decentralized societies. Various civilizations would trade extensively around the Kewhiran Pass, although their control rarely extended beyond the coasts. In 931, the X Empire constructed the earliest version of the Kewhira Canal.

The construction of the canal resulted in a flourishing of trade and commerce in the region; by 1200s, following the collapse of the X, activity in the region had significantly decreased.

Jeongmian ships began sailing around the area in the early 15th century, using superior cannon weaponry to capture and set up forts along the coasts. In 1459, Jeongmian forces under Song Sun-han established control over the canal region.

Initially a small tribal group living in the southwestern highlands of the country, Kewhirans expanded to the coast during the early 17th century, bringing them into contact with Jeongmian sailors and traders, who provided them with gunpowder weaponry in exchange for food and goods.

With these weapons, Kewhira embarked on a series of bloody wars and campaigns that resulted in the heavy depopulation of southwestern Jungju; it is estimated that the area that currently constitutes Kwehira lost up to 60% of its population during the mid-late 17th century due to these wars. However, Kewhira was able to secure its dominance over other peoples and began to assimilate them into its culture and newfound empire.

During the 18th century, ethnic Kewhirans saw a large population boom as they began to settle into the lowlands and a shift in living patterns as increased agricultural productivity meant that many farming households were able to accumulate wealth to some degree. Existing minorities were pushed out or assimilated into Kewhiran society, although Kewhirans often adopted several of the customs and mannerisms of conquered peoples.

Increased contact between the Kewhiran Kingdom and Jeongmian outposts occasionally resulted in conflicts that often left both sides devastated. In 1788, the Jeongmian-Kewhiran War resulted in a resounding Jeongmian victory and the subjugation of the kingdom to Jeongmian control, with the Kewhiran Royal Family being shipped to Hapcheon as hostages.

Ethnic Kewhirans were trusted with managerial and occasionally administrative positions within the colonial administration, with Jeongmi believing that they were more "civilized" than other groups such as the Tuli who occupied the area. Jeongmian officials aided in the process of assimilating minorities into Kewhiran culture, while simultaneously infusing Kewhiran culture with heavy amounts of Jeongmian influence.

Jeongmi set up several large-scale rubber plantations in Kewhira, using both native Kewhiran labor as well as imported indentured servants from Nochtlico. Mining operations also began in the highlands of the country. 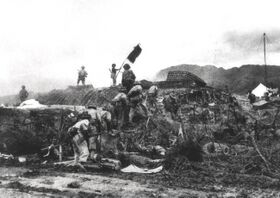 Jeongmian colonization saw the setup of numerous military bases along the coast in order to protect its control of the Kewhira Canal, which had become vital to the functioning of the Jengmian economy. During the Eulhae War, Southern Jungju saw several major battles between Allied and Contingent fleets, with the capture of the canal being a major objective of the Arjunapur and Contingent forces.

In 1958, the Dzüvürü Uprising broke out with the goal driving Jeongmi out of Kewhira, led largely by the Kewhiran Communist Party and the Kewhiran Liberation Front. Guerilla operations heavily plagued the country for a few years, but the rebellion was ultimately crushed and its leaders exiled or imprisoned. Following its end in 1962 Jeongmi set up a timeline for its independence by the end of the decade.

Kewhira gained independence on 28 June, 1969; elections were held the previous month in order to establish a new government. However, Jeongmi retained official control of the Kewhira Canal. A coup in 1970 led to the establishment of a military dictatorship under Angami Mezhür. His rule was characterized by political repression and humans rights abuses, but was support by Jeongmi in order to protect its interests in the canal and the region at large. In 1975, Kewhira became a founding member of the South Jungju Association. The April 1984 Revolution overthrew him and resulted in the current government and its constitution.

The 1984 elections resulted in Niketu Sekhose of the Kewhiran Democratic Association being elected as president. The early years of the return to democracy were marked by several unsuccessful coup attempts, the last of which was in 1991.

Kewhira gained control of the canal from Jeongmi on 28 June, 1995. A major corruption scandal erupted in 2013 which implicated all three major political parties, with President Vizol Phizo and his Liberal Party being seen as particularly involved. In 2014, Rio Kuvelü of the Justice Party won the election with 56% of the vote. 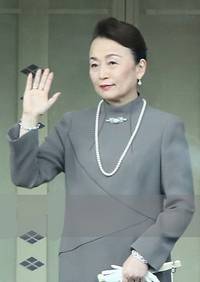 President Rio Kuvelü took office in 2014 and is the country's second female president.

Kewhira is a unitary presidential republic, where the President is head of both state and the government and holds executive power. Legislative power is given to the unicameral National Assembly.

The country possesses three major parties: the Justice Party, the Democratic Party, and the Liberal Party.

Universal suffrage exists for those above the age of 19; voting is not mandatory. The president is elected through a plurality-rules method. Most presidents have won election with less than a majority of the vote.

Kewhira cooperates closely with its former colonizer Jeongmi and is home to several Jeongmian military bases. Many Kewhirans go to Jeongmi in order to study.

The armed forces of Kewhira consist of the army, the navy, and the air force. Conscription does not exist, and the minimum age for voluntary service is 18. Joint exercises and war games are often held with other nations in the South Jungu Association and Jeongmi.

The country is divided into seven provinces, one metropolitan area (Kewhirashi Metropolitan Area), and one autonomous region (Tuli Autonomous Region).

Rice is the most commonly grown crop, being the staple of the country. The country possesses a large mining industry, which engages primarily in mining coal, bauxite, and tungsten.

The Kewhira Canal is of major economic importance to the country, providing the country with millions of dollars in toll revenue annually and employing massive amounts of people in the country.

Barujaya is one of Kewhira's main largest trading partners, and the origin of 16% of its imports and destination of 12% of its exports.

Wealth is disproportionally allocated to the Jeongmian-Kewhiran elite, who despite making up 2% of the population account for over 10% of the nation's market capitalization.

Kewhira is home to CNCO World Heritage sites, tall mountains, busy nightlife, sandy beaches, a myriad of tropical flora and fauna, and archaeological sites. The canal itself is also often the subject of tourist visits. Different localities often have their own festivals, and adventurers often come to try the especially spicy ghost pepper.

Kewhira has also been encouraging tourism from South Jungju and South Yoju; large shopping complexes in cities such as Kewhirashi offer several international and domestic brands, while prominent tourist sites cater their products and services towards visitors.

As of 2016, the population of Kewhira stands at around 17.8 million people, a significant increase from earlier times due to decreased death rates and longer life expectancy. Literacy stood at 95.8% in 2006.

The government officially recognizes 41 indigenous ethnic groups, the largest among them being the Tuli, Malays, and Tangkhul people. Malays live primarily in coastal and towns and villages along the southern coast.

Kewhira has long been accused of mistreatment toward minorities and of policies which disrupt development in minority areas. For most of the 20th century, the government pursued a policy which resettled ethnic Kewhirans in minority areas. While minorities make up a quarter of Kewhira's population, they make up 52% of those below the country's official poverty line.

The official language of the country is Kewhiran, a Sino-Tibetan language which is spoken as a native language by roughly 78% of the populace.

Kewhira is fairly linguistically diverse, due to several tribal peoples having been historically able to avoid central authority by hiding in the mountains and hills which cover most of Kewhira's landscape. Kewhira's minorities primarily speak other Sino-Tibetan languages, although the large Malay minority is a notable exception.

A number of sign languages have developed in larger cities; a standardized version called Kewhiran Sign Language was released by the government in 2014.

Due to the legacy of Jeongmian colonization, the Jeongmian language is widely spoken and understood by much of Kewhira's educated population as a second language. Furthermore, several loanwords from Jeongmian have entered the Kewhiran language. Jeongmian is a required subject in schools, and was widely used as the language of administration, education, and commerce before government efforts to phase out its use in favor of Kewhiran began in the 1990s. Kewhiran is a full member of the Jeongmian Language Association. Signs are often provided for in both Kewhiran and Jeongmian, as well as minority languages in autonomous areas. As Kewhira's ties with its neighbors have strengthened, more people have been learning regional languages such as Barujayan.

Following the creation of the Kingdom of Kewhira, Kewhirans were heavily influenced by contact with other peoples in the eastern Ulbyeon Ocean. Most Kewhirans today are adherents of Buddhism and Hinduism; around a quarter of the country's populace professes to be irreligious.

Kewhira is host to a diverse and varied group of indigenous cultures in addition to groups which arrived from later migrations. Kewhiran culture has been influenced by neighboring countries, but the main Kewhiran ethnic group remained largely culturally isolated from much of the outside world until around the 17th century. Jeongmian colonization introduced several aspects of Central culture to Kewhira; the education system today is largely based off of the Jeongmian model. Migration from the 18th and 19th centuries has also led an established Nochtlican Kewhiran population.

Traditional Kewhiran music is dominated by string instruments such as the tati and theku. Folk songs feature a great variety of themes, ranging from historical epics and love songs to agricultural work songs and songs eulogizing ancestors. Traditional dance incorporates music and is synchronized.

Kewhiran cuisine features heavy usage of spices and a focus on the meat dish.

Kewhiran meals typically feature rice, side dishes known as tathu, and a smoked, dried, or fermented meat dish, generally pork or fish. Spices are often utilized in Kewhiran cuisine, with heavy usage of chili peppers, local spicy ginger, and Cengui peppercorns. Kewhira is home to the ghost pepper, the hottest chili pepper in the world with a hotness rating of 855,000 SHU. Bamboo shoots are popularly consumed in the country, and variations of it are one of the most common tathu.

Retrieved from "https://tiandi.miraheze.org/w/index.php?title=Kewhira&oldid=12481"
Categories:
Cookies help us deliver our services. By using our services, you agree to our use of cookies.